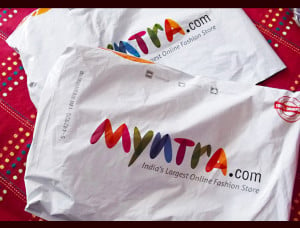 Myntra is taking the help of artificial intelligence to give a push to its sales. The mobile based fashion retailer has recently launched an in-house fashion brand called Moda Rapido. Users will be aided by Artie, a robot that will give fashion advice. Artie will suggest options from the internet based on the buyer’s interests.

Whatever the customer wants, says Myntra

Artie will figure out what the shopper is looking for, and Myntra will procure it for them, according to the plan. Gautam Kotamraju says the etailer’s supply chain will ensure that customers will get what they want. “We will bring new products every week. We will react to everything that is selling well, go back and make it, and bring it for our customers in 20 days,” says Kotamraju.

Artie will play the role of a bridge between what the customer wants, and what Myntra has in its stock. “Our artificial intelligence tells us what material we have on one side and what people are liking on the other side and therefore it puts across a basic skeletal framework together for the in-house designers, who would then tweak the designs according to the demand,” maintains Kotamraju.

All Moda Rapido’s products are fully developed through artificial intelligence. Ganesh Subramaniam, head of new initiatives at Myntra, says, “Whatever products you see under the Moda Rapido brand are based purely on (artificial) intelligence and there are no designers involved in the process. It is machine created mostly. We are calling it the Insta Trend.”

IOS had reported a few weeks back that a team of thirty people have been working on Artie’s development for close to eight months in the Bangalore facility. The purpose behind introducing artificial intelligence in shopping is to understand the customer’s needs, and cater to it suitably.

Myntra seems to be feverishly working on its image and popularity. It is pulling out all stops to ensure that the customers are happy and engaged. With the competition hotting up among etailers, everyone is desperately scrambling to retain the customers’ attention and loyalty. It is materialising in peculiar innovations by each company. In the midst of this hullabaloo, one thing is certain; the customers are being spoiled for choice.