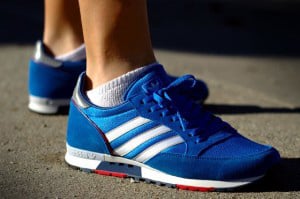 In a recent article we revealed that the majority of Indians are omni-channel shoppers. Omni-channel as a concept is picking up as Indians prefer to try before they buy.

Currently statistics show that online retail sales are not even 1% of the total retail sales in India, although traditional retailers are betting big on Omni-Channel strategies. 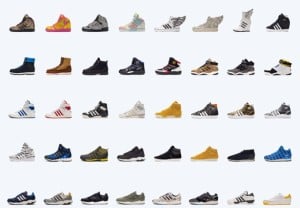 Earlier in June, we heard that after a very successful pilot project, Adidas were launching their 1st Indian Omni-channel store in New Delhi, which was soon followed up by the introduction of the technology in Chandigarh and they are now growing rapidly to include more cities.

The Adidas group have so far integrated 50 of its stores with the omni-channel technology in the last two months and are planning to take the number of stores to 200 by March 2016. They further aim to have all of their 750 stores on board by 2017.

How Adidas benefits from Omni-channel?

The omni-channel technology has allowed Adidas to study and adapt to trends by capturing real-time data. This has allowed the company to optimize its retail infrastructure in the following ways:

“Endless aisle’ technology equips Adidas and Reebok franchisee stores with iPads where shoppers can browse and order for items that are not in stock at the physical stores,” remarked Abhishek Lal, senior e-commerce director for Adidas Group in India.

What the future holds for Adidas omni-channel approach?

Adidas have recently added Adidas Neo which is a brand available exclusively online targeting the youth segment. Through this initiative Adidas aims to grow their product range by introducing niche products such as cycling equipment. These items would usually take up a lot of space in traditional stores and so Adidas will wait till they gain traction before displaying them in store.

Earlier this year in the US, as part of Adidas’ omni-channel strategy, the organisation released the Adidas confirmed app which allowed the consumer to purchase limited edition footwear of popular musicians such as Kanye West and Pharrel Wiliams and conveniently pick it up from their local store.

With many of the retail biggies like Adidas boarding the omni-channel wagon, do you think this could be the next big thing in Indian retail?