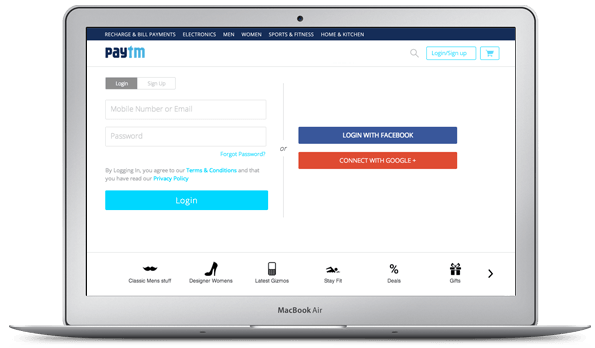 Mobile commerce firm Paytm expects to clock a gross merchandise value (GMV) run rate of $3-4 billion by the end of March next year on the back of strong growth in transactions on its marketplace. The Alibaba-backed company claims to have about 40,000 merchants on board already.

“We are witnessing a strong traction on our marketplace. Our business has been scaling rapidly and we are already clocking a gross merchandise value (GMV) run rate of $1.5 billion,” Paytm founder and CEO Vijay Shekhar Sharma told PTI. He added that the company expects the GMV run rate to touch $3-4 billion by the end of the fiscal.

Revenue run rate is a term used in online retailing to indicate total sales value of merchandise sold through the marketplace over a certain period of time.

According to reports, Paytm’s rivals Snapdeal and Flipkart are clocking GMV run rates of about $3.5 billion and $4.5 billion, respectively while Amazon is closing in on the $2 billion mark.

“We are presently doing up to two million transactions a day and have seen a 10 per cent week-on-week growth in that. While we have 40,000 merchants on board, this number is expected to grow to one lakh by year-end,” he said.

Sharma said in the last month itself, 10,000 merchants had received orders through Paytm and the average cart size is about Rs 1,200-1,400. “There are 10 million products on Paytm’s online marketplace and the figure is increasing by 2-3 million products every month. For us, the focus will be on non-electronic categories like apparels and accessories,” he said.

He added that around 90 per cent of its orders are from unstructured categories like fashion, home furnishing and accessories.