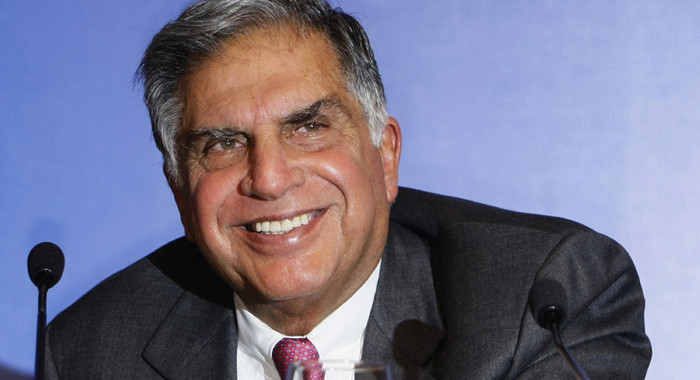 While it’s no wonder that everyone wants a piece of the ecommerce space, who’s the latest to join the bandwagon? And who can’t get enough?

Looks like Ratan Tata is making a slow but steady entry into ecommerce. Just when we had digested the fact that he invested personally in Snapdeal and then in Bluestone, now it’s online furniture portal Urban Ladder that’s caught his attention.

“Tata understands the furniture space very well, specially our focus on product design since he has a lot of knowledge of the subject. His inputs and guidance will be very valuable for us,” Urban Ladder CEO and Co-founder Ashish Goel said.

“There is already enough being done in areas such as e-commerce, but in order to make it much more effective, more connected, at the group level we are connecting globally with the best – investing in start-ups so that we are able to leverage the latest technologies in the digital environment,” says G Katragadda, CTO, Tata Sons.

In July this year, Urban Ladder secured USD 21 million funding from Steadview Capital (Hong Kong based), with existing investos Kalaari Capital and SAIF Partners. Apparently, it has also been shortlisted in the names of companies being considered for investment by SoftBank, the Japanese giant that invested in Snapdeal recently. So there could be another round of funding in the picture for Urban Ladder pretty soon.

Who should worry and who need not worry, we may get to know soon. After Ratan Tata, Kumar Mangalam Birla has expressed interest in the ecommerce market. Chairman of the USD 40 billion Aditya Birla group is planning on the lines of launching a completely new ecommerce project or acquiring already existing e-retailers for an easier entry.

Although the exact plans have not been revealed, news around the block is that they have already started looking at many business verticals. “There’s a lot of ground for new ventures in e-commerce,” he said. “I am not saying that we can take an Amazon head-on. But there are a lot of green spaces.”

“E-tailing is the way forward, it reflects the new India. It’s about new lifestyles, new spending patterns, it’s about new family structures. And we want to be in that space,” he added.

Competing directly with existing online players like healthkart and healthgenie, the online platform has been launched to extend the convenience of shopping for wellness products at the click of a button like all the other products available online now.

While its offline stores already have a good customer base, the Religare group sees this as an opportunity to reach out to more customers without the limitations of physical barriers.