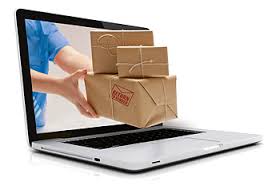 Do shops spend more than shoppers do? Seems like the answer is yes! Snapdeal, Amazon and Flipkart reportedly have plans to spend nearly Rs.200 crore to make the most of the Dussera-Diwali period.

Familiar faces like Mandira Bedi and Harsha Bhogale would be seen endorsing Snapdeal. With about Rs.30 crore spent in sponsoring Big Boss, a popular reality TV series, and about 2000 ad spots a day blocked on television, Snapdeal has left no stone unturned to ensure success this October.

The 6th of October will see the unveiling of Flipkart’s The Big Billion Day at 6:10am! As of now Flipkart has revealed little about the interestingly named sale, whose launch time is significant because the company started operations in a house that was numbered 6-10. This will be a week-long campaign, whose deals would be made public in stages.

Amit Agarwal, Amazon’s India country head says,” We will be very visible and very aggressive with our marketing campaign across all media.”  In a subtle reference to Flipkart’s mega sale of 6Th October, Agarwal remarked,” We are offering a month of deals to our customers; they don’t have to mark a single day.”

Festive seasons are known to be most lucrative, since people are in a buying mode. But with massive money invested in promoting online sales, 2014 may prove to be the biggest in the history of shopping! As per research firm Counterpoint India’s estimates, ecommerce currently accounts for 10% of smartphone sales which could go up to 15% or more this Diwali.

And we thought consumers overspend during festive seasons!

Featured In The News Author Editor Date September 30, 2014
Share On

Previous Article The IOS Seller Meet is back!

Next Article Walmart to partner with Flipkart, Snapdeal to explore online retail