Myntra to launch own Marketplace this year

Myntra has announced its own soon-to-be-launched marketplace within the next few months, thus converting into the hybrid marketplace model. It will provide a platform for merchants and sellers to sell their products through the Myntra website. A strategic move to increase profit margins, this new marketplace will also help Myntra to expand its reach to smaller Indian cities and towns. 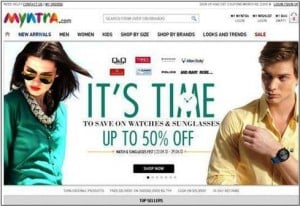 Currently, Myntra operates on an inventory model. Depending on latest trends, products are procured brand wise from retailers and merchants and sold on the shopping portal at the same time as they are in the respective physical stores. Most times, products are sold on MRP.

The new marketplace will only be a link between sellers and buyers wherein sellers will be able to list their products on the Myntra marketplace and connect with potential customers. Inventory will not be stored or taken care of by Myntra. It is not yet clear whether it will be operated through a separate portal or attached to the parent portal itself. Local merchants and stores will be able to sell their products through the new marketplace while premium and private labels brands will continue to be sold through the inventory model.

Though the logistics of this arrangement is yet to be worked, Myntra is confident of registering an increase in sales within the first year itself. As of now, the plan is for the inventory and marketplace model to co-exist without having to compromise operations on either model. About 500 retailers are expected to register and start selling their products on the Myntra marketplace within the first year.

Amazon’s entry into the Indian ecommerce space has forced the Indian ecommerce players to tighten their strategies to innovate quicker and achieve faster and higher profits. To survive, it is important for these players to scale higher at the least possible costs. A marketplace business model enables this with much lesser execution hassles in the absence of inventory storage.

The major challenge faced by ecommerce players in the inventory model was the burning inventory costs. Cash flow would be tied up in taking care of the inventory, which was not a cost that could be compromised on. However, the marketplace model gives the following two major advantages:

Myntra plans to extend its reach to the smaller Indian cities and towns with the new marketplace model. With substantial sales from people of these areas already, it hopes to rope in more local merchants and vendors in close proximity to them to give them more choices of products and better deals.

With market leaders like Amazon, Snapdeal and Flipkart already operating in the marketplace space, Myntra will have to follow rigorous and aggressive marketing and selection of vendors to stand out. As such, a local vendor dealing in products with a difference will find it easier and beneficial to enter the Myntra marketplace. Also, in trying to establish its new model and get maximum reach, Myntra will offer competitive offers and advantages to vendors signing up with them.