Google’s great indian shopping festival was a mixed bag of affairs. The festival was slated to run for 3 days from 11th to 13th December. There was a technical glitch on its official website on the first day of the festival which resulted in a lot of confused buyers. Users could still go to participating stores and shop for GOSF items but the main site was not accessible. Due to this, Google extended the festival for one more day. 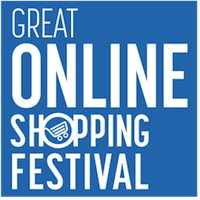 So how did the festival do?

Well depending on who you ask, the response is varied. While ecommerce companies are stating that they saw a significant amount of increase in the number of goods sold, many people on social media were criticizing the festival and participants for the low amount of discounts available. There were also many who said that they found some good deals while searching through the various websites who were participating.

Which categories were the most popular?

This year, the categories of products available during the sale were greater than last year and thus got more people to come visit and check these products out. You had offers on resume and career services from Shine.com, good deals on automobiles from Renault among other things.

According to details from Trak.in, fashion was the most important category in this festival with 58% focus by participating companies. Other categories like Electronics, Home goods and books followed. Going further, apparel did well in the Fashion category.

Which discount types were the most popular?

While there were many discount types available for customers during the festival, ‘flat discounts’ were the most preferable for users followed by ‘upto discounts’. For example, Jabong was giving away a flat 36% discount on products without any minimum purchase requirement. It also gave a 40% discount on products provided a minimum purchase of Rs. 2499. The Electronics and Jewellery category also saw some very good discounts.