ShopClues Founder and Ex-CEO Sandeep Aggarwal has plead guilty to the charges of insider trading that we leveled against him by the FBI. Prior to founding ShopClues, Sandeep Aggarwal worked on Wall Street as an analyst. He was accused of tipping  Richard Lee of SAC Capital Advisors LP about an impending deal between Microsoft and Yahoo, which put SAC at an advantage. 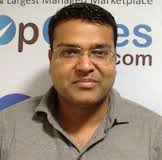 Sandeep told the judge presiding at the hearing that,

“I did this to improve my standing as an analyst and to increase revenue for my firm. I know what I did was wrong and I’m very sorry for my conduct.”

Sandeep faces a maximum of 25 years in prison and may be deported to India. He is reported to have agreed to co-operate completely with the US justice system in return for expectations of leniency.

While he was arrested, he was the CEO of ShopClues, a new and rising player in the Indian e-commerce  space. After this, there was quite some speculation about how this development would affect ShopClues. Sandeep Sethi, co-founder  and previously Corporate Vice President  of Products of the company took on the CEO duties recently. We also wrote that, even though whatever course the law takes, ShopClues is in good hands and has not been tainted by the actions of its founder before he started the company. Sellers do not have to worry as the company/marketplace is not in any immediate danger. While a founder pleading guilty to conspiracy may have hit ShopClues indirectly, it is still a separate business in another country.