On 5 November 2020, Amazon web series announced Hyderabad as the second Asia Pacific region with 20,000 Crore investment and will open by the mid of 2022. This is the second region in India and eleventh region in Asia, combining the existing regions in Australia, India, Greater China, Japan, Korea, and Singapore.

AWS launched India’s first AWS in Mumbai in 2016, providing enterprises, public sector organizations, startups, and SMBs access to the state-of-the-art public cloud infrastructure. In May 2019, it expanded the region to include the third availability zone supporting the rapid customer growth and extending the ability to offer more choices, flexibility, and the ability to replicate the workloads across many Availability zones, and even higher availability. 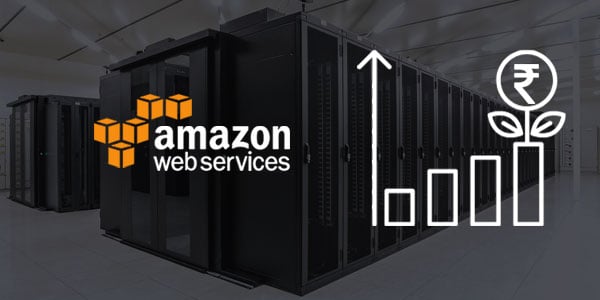 The AZs have multiple data centers at separate locations within a single location, engineered to work independently in terms of power, cooling, physical security, and connections through a latency network.

The customers of AWS are making use of 77 availability zones across 24 regions worldwide. This announcement is likely to bring the global regions up to 29. Joining the new one planned for Hyderabad, there are currently seventeen CloudFront Edge Locations in India: four in Hyderabad, four in New Delhi, three in Bangalore, another three in Mumbai, to speed up the delivery of the content. Finally, there are six AWS Direct Connect locations in India across Mumbai, Chennai, Hyderabad, Delhi, and Bangalore.

Online marketplaces, ecommerce, and mobile gaming platforms use multiple AWS services that are designed to serve the both domestic and global markets. The existing region in Mumbai and upcoming regions in Hyderabad are aimed to support the companies in India and help them to innovate and embrace the digital transformation. AWS Activate offers the free tools, resources, and more to quickly get started.

AWS centers in India continue to invest in the programs designed to upskill the local students and developers to create the next generation IT leaders in India. He also added that Hyderabad is the host for many innovative startups, enterprises, and skilled workforce.

Jeff Barr, Chief Evangelist for AWS, quoted in a blogpost that Hyderabad region is the largest city in Telangana and is an important talent hub for IT professionals and entrepreneurs. He also added that they have established their first office in India in 2011 and this upcoming infrastructure in India provides more options for the customers in India.

K.T.Rama Rao, Telangana IT Minister, said that Hyderabad became the center for AWS because of the robust support offered  by the Telangana government, and rigorous framework to meet the requirements.

This largest FDI from AWS serves as a channel for attracting other technology investments and strengthens the existing relationships between Telangana and Amazon.