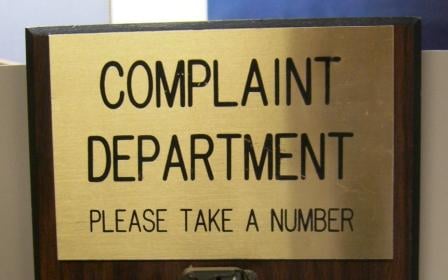 Between March 2016 and November 2017, the number of customer complaints against ecommerce firms was around 28,000. In February, Flipkart and Snapdeal were the most complained against etailers in ecommerce. The main reason for customer non-satisfaction in August was unclear policies by online businesses.

Where are complaints coming from?

The National Customer Helpline registers complaints in English and Hindi. Six more helplines in are expected to launch in different regions by October, to register complaints in local languages.

More than three-fourths of the complaints are registered via the toll-free number. In the July, Mishra said, the helpline registered maximum complaints post GST.

What are ecommerce firms doing to appease customers with grievances?

Ecommerce is a convenience more people are giving in to every day. As a result, it is important for these companies to make nice with them and fast. In fact, 77% of cases involving complaints against ecommerce firms were resolved the moment they were referred to the company, states latest government data.

In the past few months, there has been a significant improvement in ecommerce company response time to grievances from online patrons.  This was achieved by –

Suresh Mishra of the Indian Institute of Public Administration, which runs the helpline, claims that “We have all the major e-commerce firms in our convergence platform, which have more than 90% share of this sector. We are working to bring the rest on board so that people’s grievances are addressed quickly.”

Can online sellers expect the same kind of prompt action too? After all, they are a major part of what keeps online retail going.