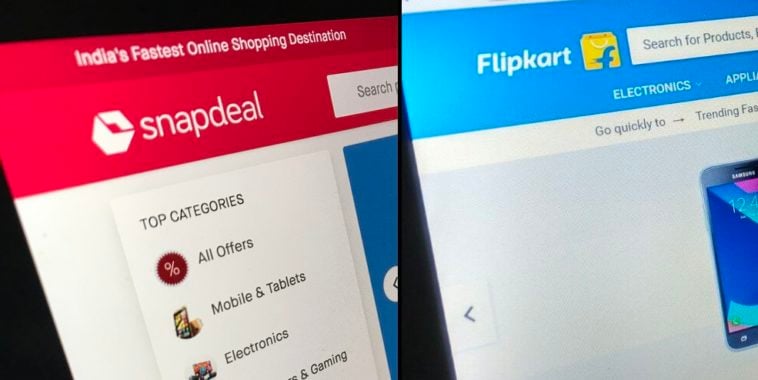 The Snapdeal-Flipkart merger talks hit a dead end for a variety of reasons, including the complex structure of the deal that would have placed millions of dollars worth of tax liability on many of Snapdeal’s investors, according to people familiar with the matter.

In July, Snapdeal called off the $950 million (over Rs6,000 crore) merger discussions with larger rival, Flipkart. While Snapdeal had stated that it would follow an independent path and was, therefore, terminating all strategic talks, people had said differences in valuation and terms of the deal had led to the fallout after five months of negotiations.

Two people close to the negotiations said the share swap between Snapdeal (domiciled in India) and Flipkart (registered in Singapore) would have led to an extremely inefficient taxation structure due to restrictions arising out of laws in India, causing millions of dollars of tax burden to multiple investors.

The persons did not wish to be identified as the discussions were private and they are not authorised to speak on the matter.

They added that once the deal value was set, shareholders were not prepared to pay large amounts towards tax payouts and had contented that the tax incidence should have been factored into the valuation at a much earlier date.

Another point of friction was the differential payout to some of the investors like Kalaari and Nexus Venture Partners.

One of the persons mentioned above said many of the smaller but influential shareholders like PremjiInvest (Azim Premji’s investment vehicle) and Temasek were opposed to it. This caused a huge row between the shareholders and the board and dealt a fatal blow to any efforts to drive consensus, the person added.

The discussion between the two companies was being driven by Snapdeal’s largest shareholder, SoftBank. After the deal failed to materialise, the Japanese conglomerate went ahead and invested about $2.5 billion in Flipkart through SoftBank Vision Fund earlier this week.

Snapdeal has a number of investors including Ratan Tata, Alibaba Group, Foxconn and Ontario Teachers’ Pension Plan among others.

The second person said there were many clauses put forward by Flipkart that made the deal additionally complex.

Instead of just a majority approval, Flipkart wanted a sign-off from all of Snapdeal’s shareholders, the person said.

Also, there was a five-year non-solicit clause that barred all shareholders from approaching any employee, buyer or seller working with Flipkart for the next five years. This was completely unacceptable to the shareholders as it imposed unworkable restrictions on them as there are common buyers and sellers and a small pool of skilled workforce in the e-commerce space, the person said.

Besides, many of these investors hold stakes in multiple companies and agreeing to this clause would have led to a situation of immense potential conflict and chaos, the person added.

Previous Article 5 tips to promote your Online Store via email

Next Article Is Flipkart’s $2.5bn funding sufficient to take-down Amazon?