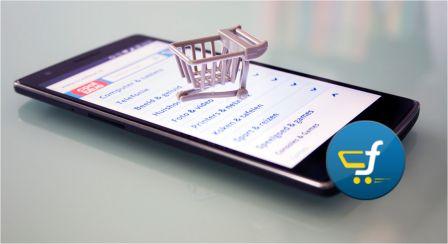 Flipkart is preparing for profits. The etailer plans to earn more revenue through efforts in online grocery, expanding its private label categories and hopefully its leading category – smartphones. But, to ensure all of these get attention, the online retail platform launched a progressive web app (PWA) prototype in late 2015. This PWA is now the second most used channel by Flipkart customers for purchases from the etailer, after its Android app.

What does this PWA do?

The PWA by Flipkart is a normal webpage that acts in a manner similar to the Flipkart mobile app. It offers features like:

The etailer’s mobile website is just 100KB to download. This is 100 times smaller than its Android app of 10MB and 300 times small than its iOS app. Plus, repeat visits use up only 10KB.

How does this help Flipkart?

With its light PWA, Flipkart can tap potential customers in tier II and III cities where slow network connectivity and low phone memory are not unusual.

Amar Nagaram, vice-president, engineering, Flipkart, said, “This (web app) results in very low data consumption and subsequent page loads for repeat visits happen in less than one second, even on 2G and 3G networks or lower-end devices. Around 60% of visitors to Flipkart’s mobile web had uninstalled the app earlier, primarily due to lack of device storage space.”

From tier II and III cities Flipkart receives about 1/3 of total visits on mobile web. Around 60% purchases are made from these cities through mobile internet. And, approximately 50% of new customers are acquired from these areas through this mobile internet channel.

The making of the PWA

Back in April 2015, Flipkart took down its mobile website. By July, the team was working with Google Chrome on specifications for its PWA – Flipkart Lite.

Arindam Mukherjee, the senior director of product, user experience and growth at Flipkart said, “The earlier version (was more) from an experience point of view.

We were not doing justice to our customers. Internet penetration was rising in India, which made us think how we could build a better user experience on mobile browsers. We had a (native) app and we were doing good work there, but the question was, could we bring it (mobile app) on par?

It was (first) only with Chrome but we wanted to get to other browsers too.”

Nagaram mentioned that, “Our development philosophy is changing. We do not have an Android team, iOS team, web team.One core team will be at the centre of everything. Whatever we have on app, we are trying to bring it online. We are exploring if we can take payments offline. Can we enable offline shopping? We are hopeful.”

He also stated that the team assisted Myntra, Ola and Zoomcar with their PWA mobile web versions.

Do you think this will help the etailer get on track to profits?