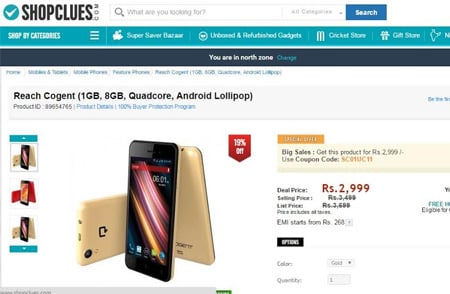 Up until early 2016, Indian ecommerce industry had three key players – Flipkart, Amazon, and Snapdeal. But by mid-2016, Shopclues gained momentum and emerged as one of the key players. This was a direct result of Shopclues unwavering focus on tier 2 and 3 cities.

The Gurgaon-based online marketplace was founded by Radhika Aggarwal, Sandeep Aggarwal, and Sanjay Sethi in 2011. When the biggies focused on big brands, the Aggarwal-led company placed their bet on non-branded products. While Snapdeal is waiting to be acquired by ecommerce leader Flipkart, Shopclues has grown from strength to strength in the last 6 years.

Shopclues’ rise as one of the biggest online selling platforms for sellers gives rise to one pertinent question – how does it fare against other marketplaces as far as seller support service is concerned. Indian Online Seller (IOS) asked this question to sellers and we got mixed reactions, with majority tilting towards negative rating.

From late payment to late resolution, sellers have accused Shopclues of a host of issues. Shalini Singh, proprietor of Nanak Sales Corporation shares her selling experience on Shopclues with IOS. The seller shared instances where the etailer’s courier partner mishandled her products and the support team rejected her claims without verifying facts.

“We sell kitchen and home appliances on Shopclues since the last 3 years. Some of our items like glass gas stove and kettles are delicate items, so we take extra care while packing and shipping these items. But sometimes due to mishandling by courier guys some items get damaged in transit but none of our claim has settled in the last 3 years. They always reject the claim by saying that your packing was not appropriate and you are responsible for the damage,” says Shalini.

“Secondly, sometimes we face problem in processing the order due to some technical issue at Shopclues’ end. We raised dispute that “panel is not supporting so we are unable to generate label and manifest”. But they never revert on time. They (support team) generally respond after 3-4 days and by that time the order gets cancelled. In addition, Shopclues imposes penalty for order cancellation on us in spite of their own fault.”

Timely resolution is very crucial while processing orders. With so many shopping sites to choose from, buyers don’t have the patience to stick to one marketplace if the order is not processed on time. But Shopclues’ slow support service has resulted in order cancellations for several sellers. Mishandling packages, rejecting claims and levying penalties adds further to sellers’ woes.

Online Seller Rachit Sethi discontinued selling on Shopclues because of the marketplace’s bad service. We asked Rachit his opinion about the etailer’s support team.

“Currently not selling on Shopclues due to immature team handling the company, lack of SOP’s with the company and overall dissatisfaction. The agents who pick up the call are only there to raise a ticket, rather than to offer solution.”

IOS asked Rachit to elaborate further. He states that he had to approach the company’s co-founder Radhika Aggarwal to get his payment.

“My 1st order was shipped through Shopclues in Jan 2017 for which payment was released in April after escalation to the owner Radhika in April 2017. The reason of delay as per Shopclues- Technical glitch which was never ending till escalated,” Rachit shares.

Another issue was that the marketplace didn’t pick-up the return packages from customers if the order value was less than Rs. 300. The etailer also discontinued email support for pickup issues in October 2016.

“One silly policy they have that if a customer has not liked the product and the product worth is below Rs.300/- they don’t collect the material back or ask the customer to send back to the seller. Instead, they penalise the seller for no reason. The fact remains that this company is not worth trusting, having immature people on board, running on many fakes and blocked money of sellers,” says Rachit to IOS.

The seller also reveals that while Shopclues’ seller support team is unresponsive on emails and seller panel, they tend to respond faster if the issue is put on social media. He had to rely on social media channels to get his voice heard.

“Only respite is that owners are on Twitter and I had to send multiple tweets. Only then one Sr.Exe was appointed and all concerns cleared in 3 weeks time. After this escalation, I made my store offline and decided to never again work with Shopclues.”

According to seller Mayank Goyal, Shopclues seller support service is far better than its rivals Flipkart, Amazon and Paytm.

Amazon India’s seller support isn’t at par with its customer service. Flipkart sellers are asking why they should continue selling on that platform. Paytm’s ineffective seller support is causing trouble for online sellers. Snapdeal sellers are tired of their lies. The sellers that IOS interacted with aren’t happy with Shopclues’ seller service as well. But Mayank has a different point of view.

“As per my view, whenever I contacted them (Shopclues’ seller support team), they always proved to be one of the highest quality responses they ever provided me, in comparison between Flipkart, Amazon and Paytm. They always provide the resolution in 48 hrs and never fail in this.”

“The best part is they immediately cancelled the order if seller says that he feels the order is ‘Duplicate’, or ‘Fraud buyer’. But Amazon is lacking in this regard and they force sellers to process the order. But Shopclues seller support simply cancels that order. So I would rate seller support of Shopclues 9 out of 10,” adds Mayank.

Shopclues- Best of the best or best of the worst?

With such opposing views, IOS wonders if Shopclues’ service is best amongst the best or best amongst the worst. Because buyers too think that the online marketplace’s customer support isn’t one of the best.

Online buyer Reddy shares his shopping experience with IOS. He ordered a mobile phone through ShopClues. After fake delivery attempt, the buyer was handed over an opened package. When he insisted on checking the package before accepting the delivery, the marketplace’s delivery boy rudely and hurriedly snatched the box. Later, Shopclues accused the buyer of rejecting the order.

“We realized our complaints were going to deaf ears. We order regularly from online sellers such as Amazon, Flipkart, Myntra and other independent sellers. We never ever faced any issue such as this. The customer service for the mentioned websites has always been excellent. Shopclues is not in that league or anywhere close to it,” asserts Reddy.

The social media timeline of Shopclues is overflowing with sellers’ and buyers’ complaints. The 6-year old company was on the right track with focus set on small cities & towns and unbranded products. But if they continue to dish out bad service, then sellers and buyers would abandon the marketplace in no time.

Shopclues has been presented a golden opportunity to become one of the Indian ecommerce leaders as eBay got acquired by Flipkart and Snapdeal is next in the line. But quality of service would determine if Shopclues would be able to cash in on the opportunity.