Home  »  In The News  »  Online sellers demand for Ecommerce Regulator through petition to Govt.

The list of marketplace misdeeds is long and brutal. Everyday sellers face issues that are ignored by etailers or handled poorly. It’s hard to trust online marketplaces because of rising problems like:

To make sure everyone falls in line, including buyers and vendors, sellers have been requesting the government for the creation of a regulatory body in ecommerce. All India Online Vendors Association (AIOVA) initiated efforts to launch this much needed authoritative committee. The representatives of the group of 2,000 plus online sellers have met with various ministries but their requests have not received satisfactory responses.

Petition to the Prime Minister & Ministries

AIOVA sellers on Flipkart, Amazon, Snapdeal and other marketplaces have drafted a petition to the government to have an ecommerce regulator in place.

Some etailers violate government rules and this makes it essential to protect sellers and buyers, the lobby group claimed. As a result of this belief, the group will be delivering a petition requesting the same to:

The petition states, “Even today, the marketplaces are openly violating these rules and there is no enforcement from government.”

“We require special tribunals to take up sellers’ issues the way consumer courts, electricity tribunals, debt recovery tribunals and others have been set up.”

Seller reasons for signing the petition

The petition started on change.org 2 days ago and has a total of 250 supporters so far. Small and medium sized sellers have expressed frustration with marketplace policies that only favour the customer and large merchants. Petition signers commented the following as their reasons for signing – 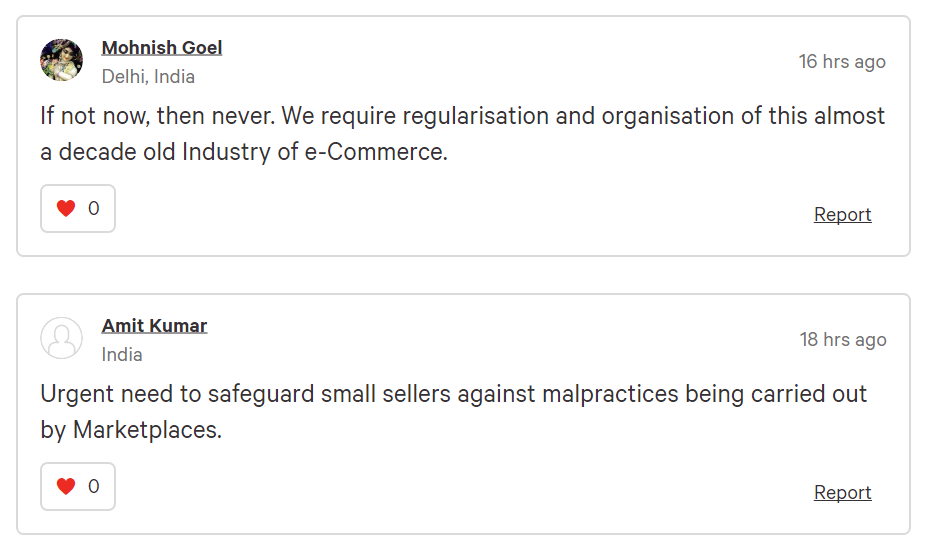 What does AIOVA plan on achieving?

AIOVA is looking for fairness on the ecommerce trade space. The group is also aiming for seller empowerment, sustainable business and an ecosystem that is enriching for traders. Their petition demands for:

Will you be signing the petition? How successful do you think it will be? Let us know in the comments section below.