Home  »  In The News  »  Ecommerce definition too wide in GST dispensation: Assocham 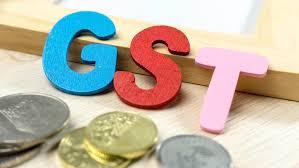 The government must clearly outline the scope of ‘ecommerce’ under the goods and services tax (GST), as the current definition can include even commodity derivatives exchanges where there is no actual delivery of goods, Assocham has said.

“Ecommerce definition, as given in GST dispensation, has been left so wide that it could go well beyond Amazon or Flipkart marketplace platforms and may even cover the commodity exchanges,” it said.

The chamber has sought clarity from government to remove uncertainty among businesses as the law is set for a rollout either in July or September.

“The scope of the term ‘electronic commerce’ is very wide and does not restrict itself to cover electronic marketplace service providers like Amazon, Flipkart. It covers all businesses where the supply of goods /services is through a digital or electronic network,” Assocham said in a communication to concerned ministries.

There are possibilities of unwarranted interpretations as futures and commodity exchanges may get treated as electronic marketplaces even though derivatives trading means no delivery of actual goods, it said.

“In our opinion such an interpretation will not be in consonance with the object and intent of special provisions for the electronic commerce business. There are distinguishing legal and operational factors between ecommerce operators and commodity exchanges.The commodities exchanges cannot be treated as electronic commerce operator in their legal capacity as well as in common parlance,” the industry body said.

It has also sought clarity on treatment of goods and services under GST for exports, gems and jewellery, MSME sector, banking and telecom.

“The Assocham would like a seamless and flawless roll out of the GST to infuse a sense of confidence among the consumers, trade and industry. Eventually, the GST should become a showpiece of our reforms,” its Secretary General D S Rawat said in the statement.

The Central GST, one of the components of the law, is silent on exemptions provided on interest on loans.

“The exemption under services tax, which exempts interest, should be replicated under GST,” it said.

GST is unification of multiple indirect taxes into a single law, hence, it is presumed current exemption would be continued for banking and other financial institution including non-banking financial company as these exemptions creates the basic foundation for taxing services provided by them, it added.

Next Article How to win a wrong product return claim