Home  »  In The News  »  Tolexo struck hard by demonetisation, a windup its next step? 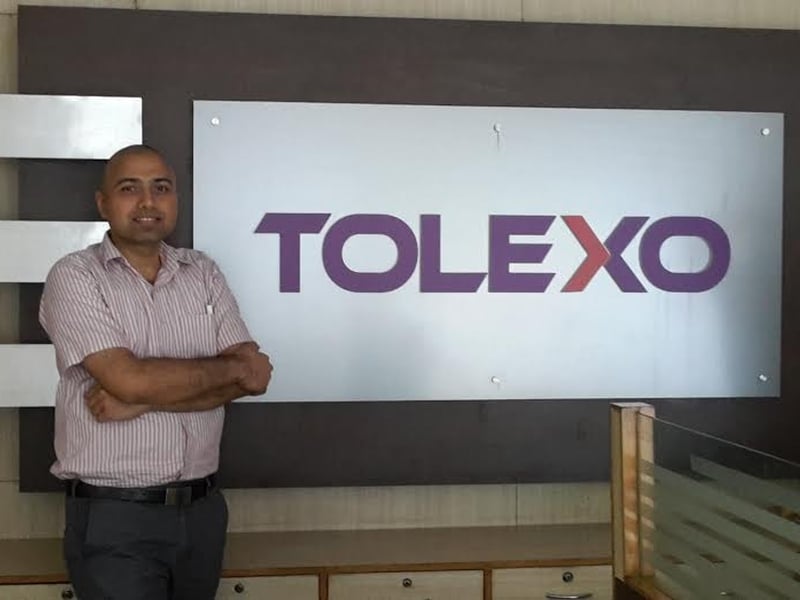 Demonetisation continues to wreak havoc. Online business-to-business platform Tolexo, is one of its badly stricken victims. The online business etailer specialises in the sale of business goods and supplies. It provides over 10,00,000 items to big and small businesses from around 900 cities in India. As a venture of IndiaMART, the ecommerce company managed to curate a vast variety of goods for online retail.

But, as the effects of demonetisation have set in the etailer is reportedly downsizing by letting go of hundreds of employees. 300 to be exact that makes about 85% of its staff, a source reported. The senior management at Tolexo claims that this is false news as they do not have that many employees.

Sources are adamant that layoffs have begun after a town hall meeting held approximately a week ago to explain the company’s slow progress.

A senior employee there said, “Last week, we had a town hall meeting in which the CEO told us that post demonetisation, our sales have drastically gone down and operations would considerably shrink. While around 30 to 35 people have been shifted to IndiaMART, the rest have been asked to leave.”

But does this mean Tolexo is shutting down?

We sent out a tweet to know the recent developments sellers heard about Tolexo. AIOVA tweeted in response saying, 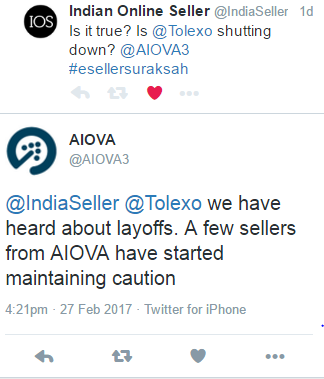 Online seller Sachin Panchal specialises in the sale of industrial safety wear like safety goggles, shoes and helmets. He claims he had been receiving decent sales when he first started out on Tolexo a year ago. However, due to personal reasons he had to shut down his business and start all over again with a new account on the website. In the past 6 months that he has been selling there, he saw very poor sales. So he tried to list more products.

He said, “I tried to list more products but none of them were going live. So I raised a query with Tolexo and for a very long time I did not receive a response. I kept reminding them about the ticket I raised and one of the executives (at Tolexo) rang me and told me, because of demonetisation they occurred huge losses and therefore they had to undergo a wind up of their Tolexo unit.”

The online operations of the company will be shutting down and it will be concentrating on a completely offline product. According to the Tolexo senior management, only the activities under retail will be wound up.

The company’s representative stated, “We have only shut down some operations. We do not have 350 employees; our staff strength is around 250. Yes, some people have been asked to leave but there are no mass layoffs.”

Based on word from sources, Tolexo is currently returning inventory to sellers and has issued notice to its storage partners that it will be giving up its space in their warehouses. It will only complete existing orders and not take new ones.

On a daily basis, Tolexo had a gross merchandise value (GMV) of about Rs.25 lakh. With the Rs.1000 and Rs.500 ban in place, the etailer’s GMV reduced to Rs.10 lakh per day, a senior executive explained.

The executive further explained, “The company had also set aggressive targets, which it was unable to fulfill. So, finally, the investors told the co-founders to cut down on manpower cost. The company is working on a new business model of importing directly from China, rebranding it and selling offline.”

Online seller Raghavendra a niche product specialist informed us that he had registered on Tolexo but never sold on the platform.

He mentioned, “It’s not really amazing to know that Tolexo shut down. Their marketplace strategy is a failure and their shopping policies are also a failure.”

Many consumers have also complained to the platform about bad service, wrong deliveries and poor customer care. Have a look at these reviews from Twitter and mouthshut.com –