Shopclues’ sales slow down due to demonetisation; investors pumped in Rs. 400 crore 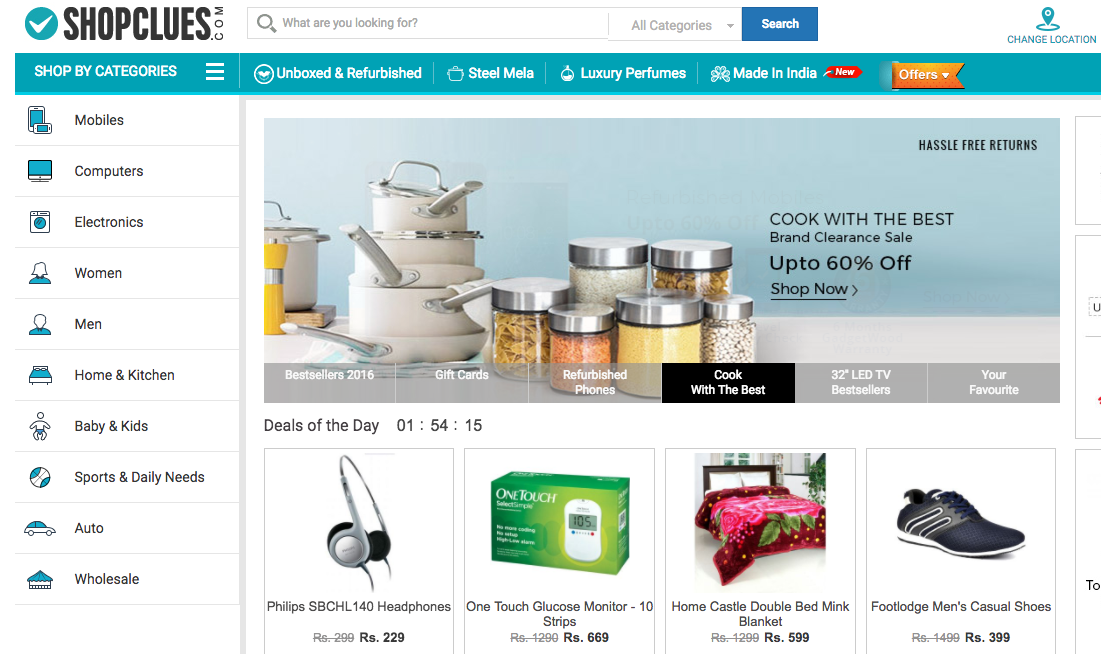 In the government’s demonetisation drive, Gurgaon-based online marketplace Shopclues is getting the short end of the stick. The etailer’ sales volume has dropped in the last one month as shoppers are only buying the basics and low-priced products.

“Our conversion came down as even if people were coming online, they were taking time and browsing. People would buy socks but they may not buy shoes worth Rs 3,000 yet. Consumers are still not buying an iPhone 7 because they would rather wait for a couple of weeks to a month to see how things shape up.”

A large portion of Shopclues’ customer base consists of people residing in tier 2 & 3 cities. In small towns and cities, people prefer cash-on-delivery mode of payment. Now with the currency crunch, the number of COD orders has gone down drastically and shoppers are avoiding buying expensive items like jewellery, mobile phones and high-end branded products.

The drop in sales is temporary and it would normalize as the cash situation improves. But even a month of lull could affect Shopclues’ FY 2016-17 financial report card.

Rs. 400 crore pumped into the company

According to Shopclues’ filings with the registrar of companies, it received a staggering Rs. 400 crore in the past one year from its parent company Clues Network Inc. The parent company that owns and operates Shopclues poured the money in 5 tranches between September 2015 and November 2016.

Experts believe that the money was invested to compensate for the company’s increasing losses. However, Shopclues FY 2015-16 profits and losses figure has not been released yet, which can back the claim.

Out of all the Indian ecommerce players be it Flipkart or Paytm, Shopclues’ losses have been the lowest. Would that record change once FY16’s financial report comes out? Will demonetisation make a huge dent in Shopclues’ sales with long-term effects?