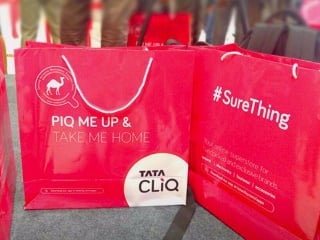 In the ecommerce war between Amazon and Flipkart (with Snapdeal making a guest appearance as a distant third), we can’t forget the online ventures of Indian retail giants.

Tata Group’s CLiQ, Aditya Birla Group’s Abof and Reliance Industries’ Ajio have also rolled out their respective plans to increase their sales this festive season. Though, what’s different is the core sales strategy of the ecommerce giants and retail giants.

Ecommerce biggies Flipkart, Amazon and Snapdeal rely heavily on discounts and promotions. Snapdeal was the biggest spender. Flipkart kept its marketing budget low compared to others but money was spent on discounts and deals.

But established retail corporations like Birla, Reliance and Tata plan to focus on building a sustainable sales pipeline rather than creating an unsustainable boom for a short period of time.

And they are planning to do it by spending less on ads & promotions and instead work on improving customer experience. Discounts are being offered too because online shoppers have come to expect discounted rates. But deep-discounting won’t be their sole tool to boost sales.

“It is widely believed that ecommerce is all about discounts. We have consciously taken a route of working with brands to enhance the range and experience on site, and not just focus on discounts,” revealed Tata CLiQ’s CEO Ashutosh Pandey.

Since, retail companies have both, offline and online presence; they are counting on omni-channel strategy such as click-and-pick to win more customers during the peak festive season.

Some of the other strategies adopted by these retailers are:

Etailers stuck in the tunnel-vision trap?

While the online sales figures of these retail MNCs may not be as high as Flipkart or Amazon, but their focus on sustainability will ensure long-term growth.

“Post the advent of e-tailing there is little brand loyalty shown during this period and it is about the sales and offers. Further, the festive season revenues for most companies is proportional to their spends on outreach to customers through aggressive marketing.”