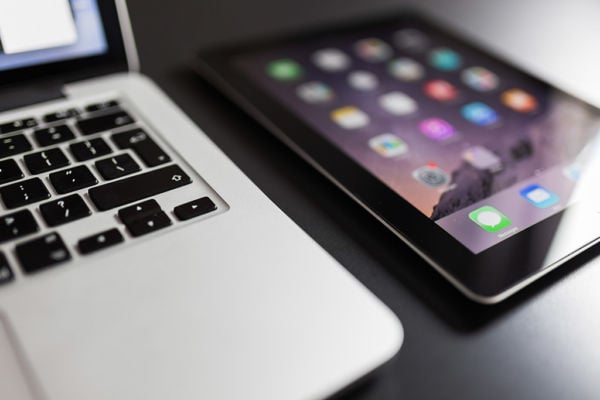 The world of online retail is a complicated one, with multitudes of applications and technologies powering it. Yet, it seems like there are two main branches that have split from it and are going into two slightly different directions. These are e-commerce, or electronic commerce and m-commerce or mobile commerce. Although e-commerce and m-commerce are based on the same fundamental principles, there are a few decisive differences between them.

Firstly, e-commerce has been around for much longer than its mobile powered sibling. To give you an idea, in 1971-72, the newly developed ARPANET (a predecessor to the internet) was used to arrange a sale between the students of Stanford Artificial Intelligence Laboratory and Massachusetts Institute of Technology, later described as ‘a seminal act of e-commerce’. The introduction of Windows and Mac personal computers in the early 90s meant that a large network of consumers with access to the internet was being built. Jeff Bezos launched Amazon, the first true online marketplace, in 1995.

On the other hand, the mobile revolution truly began in 2007 with the introduction of the iPhone. Steve Jobs’ words ring true today when he proclaimed during the initial iPhone launch, that mobile devices were not just a means to communication, but a way of life.

With the smartphone market bustling with competitors trying to appease an unrelentless demand, it was no wonder that this technology was employed by the then established e-commerce players to amp up their sales. What they soon realised was that the mobile sector was much more fertile and responsive than they had ever imagined. Although the m-commerce sector has not generated as much revenue as the traditional e-commerce sector yet, it is catching up at a breakneck speed.

In this article, we will discuss some nuances of m-commerce and e-commerce, their fundamental characteristics, and their pros and cons.

e-Commerce vs. m-Commerce
1.Computers vs. Mobiles

Although the scope of the definition of the term e-commerce can arguably be widened to include a transaction as long as it is done on electronic devices via the internet, with the e-commerce/m-commerce dichotomy in play, we will focus on transactions done via the traditional electronic media like personal computers and laptops under the purview of e-commerce. Then this issue comes down to the efficacy of computers versus mobiles. Have we truly come to an age where smartphones and not computers are our primary computing devices?

This is a long drawn debate, but the point of contention is not whether phones can truly take the place of computers, but rather, when. Today’s high-end smartphones pack enough processing power to be at least comparable to the average laptop. Issues like hard drive capacity still fall in favour of laptops, but that will not be so for long. The rise of mobiles is similar to that of personal computers when they were first introduced – a few key players dominating the OS sector, while many hardware manufacturers competing with each other in terms of power and design. The only difference is that mobile technology’s agility and refined architecture means that the consumer can get more, faster.

The Mobile Age is the age of personalization. Just look at any smartphone advertisement. They talk about your phone, and how you can click the best pictures of intimate moments with your loved ones with your phone, how you can watch your favourite videos on a screen that would be too small for a group of people. How you can ask Siri or Cortana or OK Google anything that’s on your mind, and they will find the answer and tell it only to you. Computers were traditionally supposed to be used by a family, and you can see that in the way they were advertised. A mobile is yours and yours only. This goes for the apps within it, including the ones for m-commerce.

This leads to a few hypotheses if you will –

Today’s mobile user is accustomed to watching a TV show on the PopcornTime app, then going on WornOnTV.net to find an outfit a character wore, being redirected to the relevant online retail app with the outfit in stock and ordering it, all in the time that would take you to boot up your personal computer. This is the beauty of mobile.

3.Cost of Operation and Familiarity for a Consumer

Here is where computers are still ahead in the game than mobiles, for now. Smartphones are connected to the internet via wireless telecom networks. Computers can go online with a simple broadband connection that is cheaper in India, and free in many Western countries. Innovations like Google’s Project Fi are on the verge of breaking out of this mould.

Secondly, the older generation of consumers is just not as familiar with mobile devices as they are with computers. Call it a heuristic bias, but that is the case. Of course, in a very few years this too will change.

The future of online sales resides in personalization. The biggest flaw of online retail was that the organic nature of a sale was lost through it. That you could not build real relationships with your customers and you would soon end up dealing with entities rather than individuals. With the amount of personalization mobile technology offers, and this includes everything from smartphones to smart wearables to smart devices, one truly sell to an individual again.

To know more about m-commerce and e-commerce, get in touch with Browntape. We are India’s leading online retail solutions providers, and we are always happy to help.