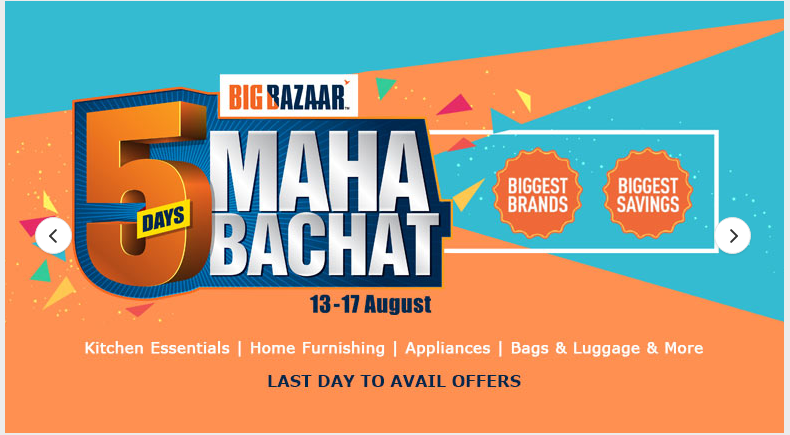 Future group tied up with yet another online player. In the past, the company has associated with Paytm and Amazon too. Now the company entered into an agreement with Snapdeal for Big Bazaar’s Maha Bachat sale. Big Bazaar held a five day sale from Saturday onwards, which was available on Snapdeal, according to the deal. The tie-up was meant to extend their reach, said Big Bazaar, “The partnership between Snapdeal, and Big Bazaar leverages the massive reach of Snapdeal and the wide assortment that Big Bazaar offers through its hypermarket.”

Snapdeal held its Wish for India sale in parallel.

In the past, Kishore Biyani has been vocal about his dislike of ecommerce due to their discounting policy to attract buyers. He has never spared any opportunity to poke fun at ecommerce companies, especially in its recent ad campaign. However, Future group has also had significant forays into the online world. They recently purchased FabFurnish, the online furniture store.

In explanation, Rajan Malhotra, president of the company’s retail strategy and convergence said, “We are not against e-commerce firms. We are only against heavy subsidising of products to gain market share. It is a great medium to reach a new set of customers and new geographies.”

Future group’s love-hate is an indication of the fact that the company is unwilling to put up with competition, but has realised that it too has to go online to keep up with the Joneses. Omni-channel might just be the thing to do.

Next Article Urban Ladder aims for profitability in 2 years; focus on customer experience to deal with rivals