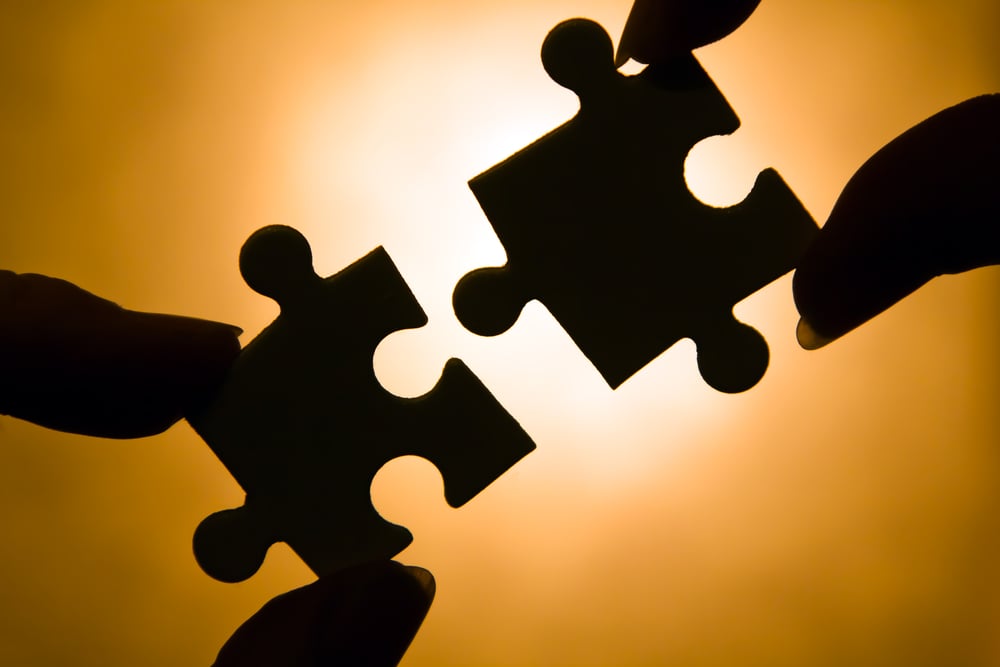 That Indian ecommerce is a booming industry is apparent in the numbers. From $3.9 billion in 2009, it reached $12.6 billion in 2013. In 2015, it stood at $23 billion, and ASSOCHAM has predicted that it will hit $38 billion by 2016. Mcommerce is looking good, and according to the ASSOCHAM report, “industry leaders believe that m-commerce could contribute up to 70 per cent of their total revenues,” a generally happy situation, then, and much to look forward to.

In the meanwhile, ecommerce companies are discovering the potential of working together. There are marriages of convenience happening right, left, and centre. Over the past few years in particular, mergers, buyouts and acquisitions seem to be ruling the scene. Especially the big fish are trying to snap up start-ups in mobile, services and other sectors where they want to establish monopoly. For instance, Flipkart purchased Myntra because it wanted to carve a niche in the fashion segment.

Some of the important reasons for a merger include:

IOS takes a look at some of the significant mergers and acquisitions that have taken place in online commerce over the past few years and how it has impacted the industry as a whole.

The Flipkart – Myntra merger was the biggest news in 2014. Flipkart purchased Myntra for a cool Rs. 2,000 crore. While Myntra is a fashion only marketplace, Flipkart wanted a share in the pie too. The latter found this deal to be a good chance to gain entry in the fashion arena.

“Myntra is not only the leader in fashion but it also has good rapport with lifestyle brands. We have been exploring multiple ways to strengthen our presence in the fashion domain and this acquisition seemed the best way to do that,” said Sachin Bansal, then Flipkart CEO at the time of the deal.

While Myntra turned app-only shortly after the takeover, it suffered a 10% drop in its sales. This was attributed to customers not favouring the company’s decision to shut down its website. However, the company recovered its sheen when its ‘End of Reason Sale’ in January 2016 clocked a sale of Rs. 90 crores. It also hit a GMV of $ 800 million in January, and set its sights at selling in the US. Again, a story of ‘united we stand’ is slowly playing out. Reports have also suggested that Myntra’s (and Jabong’s) loss is others’ gain. Flipkart, Snapdeal and Amazon have gained the share of the two fashion only portals.

If Flipkart-Myntra was the most talked about deal in 2014, then 2015 was the year of Snapdeal and Freecharge. The transaction was rumoured to have cost Rs. 2,500 crores (making it an even bigger deal than Flipkart-Myntra). Snapdeal wanted to have its hold on the mobile segment, and buying the online recharging services start-up was a big step towards that end, and it has certainly helped tap the large pool of mobile users.

By October 2015, Snapdeal and Freecharge had a combined user base of 87 million, daily unique visitors at 8.2 million, 4 million engaged hours, and15 million stored cards.

Shortly after the transaction, Snapdeal launched Freecharge mobile wallet, and subsequently made it the only wallet for Snapdeal transactions. Things went well for the wallet, with January witnessing 5,00,000 sign-ups on Freecharge Go Card (which allowed shoppers to use it on all leading online sites).

Paytm followed suit by making its own mobile wallet the only mobile payment option. Independent mobile wallets like Oxigen, Citrus and PayUmoney found themselves in an unpleasant situation.

“There will definitely be an impact on the business because if the customer is not allowed to use my wallet on a particular site he will be forced to use another mechanism to pay,” admitted Ankur Saxena, CEO Oxigen.

Getting your own mobile platform seems to be trending, with Amazon, Flipkart and Snapdeal also applying for their own wallets. However, this will directly affect third party wallets.

Paytm acquired near.in, a service that showed customers available services (including plumbers, repairmen and physiotherapists) in their locality, in December 2015. The deal was rumoured to be valued at $ 2 million, and near.in joined Paytm completely. The acquisition was targeted at putting Paytm’s energies on the online to offline sphere.

“Local commerce has massive potential in India, and this acquisition will help us grow the business even further,” Kiran Vasireddy, senior VP and head of investments had said at the time of the deal.

O2O is a way to net more offline customers to the online zone. Vijay Shekhar Sharma, founder and CEO of Paytm believes that O2O has great potential, and the company wants to be identified with the segment. He says,

“The O2O commerce segment is turning out to be way bigger and far more important than we had assumed. It’s creating a half-a-trillion-dollar opportunity for Alibaba and it’s a category we want to be identified with it in India.”

Paytm being a mobile service itself, its next step was to conquer the offline world as well, and its acquisitions including that of near.in is likely to help in the right direction.

India Post, the government’s legacy courier department has tied up with leading ecommerce companies to provide logistics services. The postal department has the advantage of a vast network (particularly helpful in the last mile) and enviable reach and storage space aplenty. Logistics being an important component, ecommerce companies can use all the help they can get. India Post also started working towards better facilities when it introduced an exclusive centre for ecommerce.

This association is definitely a mutually beneficial one. India Post was facing the situation of becoming obsolete when ecommerce came into the picture. While there were sellers who admitted that India Post wasn’t the best experience, there is still hope. The postal department is working towards providing better service by ramping up its technology and other resources. It is working towards same day delivery as well.

It also seems to have worked well; with the postal department delivering COD orders worth Rs. 1,000 crores by late 2015. This figure is projected to increase 300% in 2016. Who would have thought that a 200-year old company would be given a new lease of life by an industry that is only a few decades old!

Most of the mergers seem to be well thought out and strategized. However, there are downsides to it too. Flipkart’s management changed with the addition of Myntra. Binny Bansal was made CEO, replacing Sachin Bansal. Post that, Myntra founder Mukesh Bansal, who was taking care of advertising, quit along with Ankit Nagori, chief business officer of Flipkart.

Can it be dusted off as collateral damage or are the losses significant? Despite careful thought and planning, sometimes the balances get skewed, but the fact does remain that it is tougher to break a group of twigs than a single twig.

Next Article How to drive more traffic to your Online Webstore