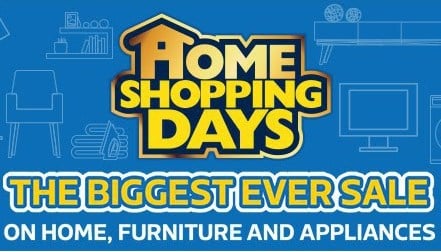 Online Marketplace leader, Flipkart which conducted the Home Shopping Days sale on the 21st and 22nd Of February has reportedly witnessed a 400% increase in revenue on household goods. To put things in greater perspective, this translates to selling the same volume of household goods during the weekend sale as it normally does over the course of a full week.

“We launched home last year as we had identified it as one of the gaps in our offering; now it’s one of the fastest growing categories for Flipkart. Our goal over the next two years is to maintain our large market share in this category,” said Anil Goteti, vice president, business.

The Home Shopping Days sale sold products such as bulbs and towels and also included the growing furniture segment. Flipkart launched the home category last March, while furniture was soon followed up in August, to compete with the likes of Pepperfry and Urban Ladder. Ecommerce Marketplaces, ShopClues and Amazon have also released large furniture offerings. At the start of this year, Flipkart predicted furniture to be one of its fastest growing categories, putting it among the top seven and so far it has not disappointed.

“We’ve seen a significant uptake in sales since we launched furniture in August. Customers are responding very well to discounts and promotions. When combined with the good designs that we offer, demand for furniture has been very strong,” stated Goteti.