Home  »  In The News  »  NDTV to explore ecommerce more with gadgets, after selling fashion 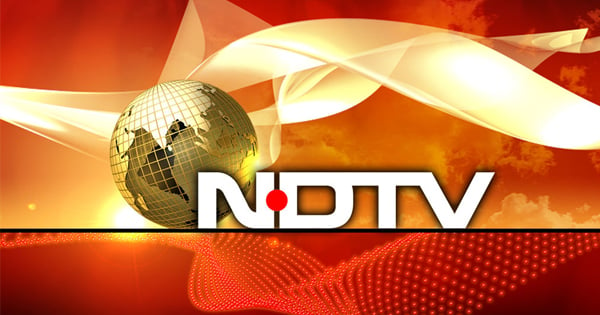 In order to leverage on the ecommerce fever more, news broadcasting pioneer NDTV is thrusting into the Indian ecommerce sector with its initiative to trade gadgets online alongside two other ventures viz. in automobile and food categories. It has already attacked the fashion ecommerce segment with Indianroots, its online portal for fashion.

NDTV group CEO Vikram Chandra said, there are several issues to cope up with in commercial news television business. Putting the emphasis on true, quality and non-lurid journalism, it is not easy to gain high TRPs (television rating points), which is essential for any broadcasting business. In addition, there are also issues to address regarding subscription, distribution and subsequent carriage fee which takes time to sort out. With NDTV Group incurring a net loss of INR 24 crore alone in the second quarter and witnessing the company’s TV business plunge a significant 18.75% from last year, they had to think of a full-proof strategy to get out of this situation.

With experts like Jehil Thakkar, head of media and entertainment of KPMG India, pointing Indian e-commerce as a budding yet promising and prolific sector with decade of growth ahead of it and study by Goldman Sachs supporting the idea with its estimation of Indian e-commerce market flourishing to reach $300 billion by 2030 from current valuation of $20 billion, in sales alone; there can’t be any better alternative available to NDTV to revive their business. Moreover, already having a dedicated viewers and readers base of their digital products, the media firms are starting off on a laid platform of potential customers which they can further diversify as they enter e-commerce. Mr. Chandra, also harboring the same idea, stated that the Digital wing is a sector where they have been and can foster further with minimal of additional cash spent.

With NDTV’s earlier e-commerce initiative in ethnic apparel and fashion accessories, Indianroots, asserting net revenue of Rs. 6 crore with a GMV of Rs. 21.7 crore, a staggering seven times rise in its business from Rs. 3.3 crore last year and receiving around 4,500 orders with an average ticket size of INR 17k each month, has provided additional first hand impetus for the current initiative.

The NDTV group’s emphasis on Digital is apparent in the company’s financials as it grew by 51% while accounting for 21% of the group’s total revenue, a 8% spike from the last year. According to Google Analytics, with NDTV Gadgets segment claiming around 23 million unique visitors each month, the group’s newest initiative in its Digital front Gadgets 360, will be incorporated under NDTV Gadgets section in the NDTV website’s existing framework to set it off on a stable platform. The Gadget 360 is expected to come live in the coming month and will be looking take on veteran players in the Indian e-commerce electronics market such as Amazon India, Flipkart, Snapdeal by tying with some giant electronics manufacturers. Emphasizing its exclusivity, the deputy CEO of NDTV Convergence and director of strategy of NDTV Group, Suparna Singh stated about the availability of the products elsewhere only after its launch on Gadgets 360 a week before.

In order to materialize the move, the NDTV group has roped in big investors like Inflexionpoint, a former Apple Inc. chief executive John Sculley’s firm; founder of Sixth Sense Ventures Advisors LLP founder Nikhil Vora; Genpact Ltd founder Pramod Bhasin;  former Unilever Plc and Hiro Mashita chairman and founder and director of M&S Partners Pte Ltd. Vindi Banga in the current round of fund raising, mopping up an undisclosed amount with an estimated valuation of close to $80 million for Gadgets 360 and its another new venture in automobile segment Fifth Gear Auto. For its digital initiative in fashion category, Indianroots, NDTV had also raised $5 million from KJS Group in may earlier this year standing at a valuation of $85 million.

Following the trends illustrated by the Brick-and-mortar giants like Shoppers Stop, Future group, Croma etc. opting to tie up with online big fishes or go online themselves, NDTV is also going by the same path to bask on the glory of booming Indian e-commerce sector and in the process get over the bump in their financial sheet.

In The News Author Deepika Telang Date August 13, 2015
Share On

Next Article Alibaba to buy greater share in Paytm, could own upto 40%