Those of you who have been selling your products on ShopClues may have recently received a message from ShopClues new CEO Sanjay Sethi about the marketplace’s performance during the Diwali season. The letter congratulates all the sellers for contributing to the platform’s growth. He says that ShopClues now has the strongest merchant collective compared to any other platform. 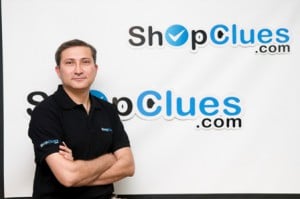 He further reveals that their business successfully reached its highest point yet during the festive season with a growth of 55% in sales compared to the previous month. The highest number of orders during the season on a particular day were around 40,000! The going has been good for the Shopclues team inspite of the uncertainty they have been facing over the last couple of months after the company’s co-founder and CEO Sandeep Aggarwal was arrested in the US on charges of committing securities fraud during his days as a Wall Street Analyst. Since Sandeep was crucial part of ShopClues, this news must have come as a serious shock to the company. While the company supported Sandeep during this phase, they have also worked hard to ensure that this situation did not affect their business. Sandeep recently plead guilty to the charge, for which he might face up to 25 years in prison.

Sanjay Sethi, co-founder and previously Corporate Vice President of Products at the company, assumed the reins of the business and the company has soldiered on.  Sending a congratulatory message to your merchants is also a great strategy and shows that Sandip is very clued into the business. Those merchants who did well during the season will definitely be very happy to know that the company cares about their successes. Those who didn’t do that well during the season will definitely sit up and take notice and prepare to do better in the days ahead. All in all it is a great gesture by the company and it shows that Sandip is firmly in control and the unfortunate events of the past have not had any affect on the marketplace.

The message has been reproduced in full below. Do take a look.

Season’s Greetings to you!

At Shopclues, we believe we have the strongest team of merchants on any online platform – and you’ve proved it once again!

Our business has peaked this Diwali season with a 55% growth in sales over the last month and nearly 40,000 peak orders in a day. As our valued merchant partner, you showed confidence in us and in the power of the ShopClues platform. This success was not possible without your enthusiasm and support. Thank you!

Going forward, we will continue to introduce innovative campaigns and technology integration that will help you sell better at ShopClues.com. You are our biggest strength – we hope our partnership will flourish further as we move ahead.

Congratulations – this Success truly belongs to you!

Next Article Snapdeal to assist apparel sellers with forecasts through Snaptrends, just launched